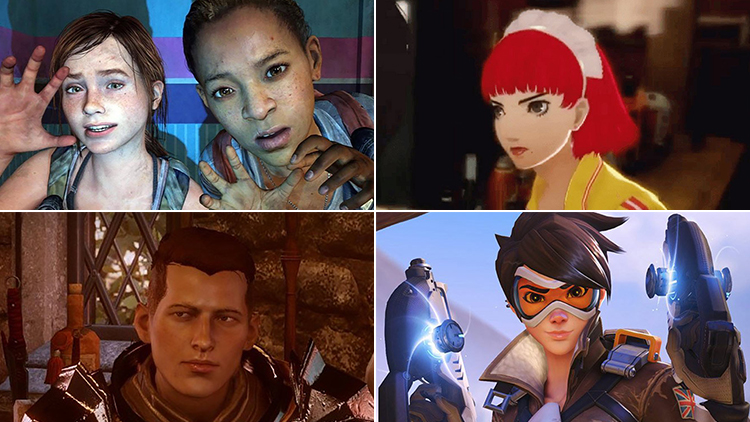 Today I’m going to touch a topic that hits close to home, as a member of the LGBTQ community. LGBTQ representation has always been important to the community, especially in a world where we’re still considered non-standard. And while more common media such as TV, Films, Books and Comics have been leaping forward in terms of representation, the gaming community has largely remained neutral to the cause. Mainly because the vast majority of gamers are heterosexual men.

And while numerous indie titles have done wonders in terms of representation, mainstream games produced by large corporations remained willfully blind to the world of LGBTQ. Until the last few years, that is.

So today I’m going to list a few games that have made a lasting good impression on me as a gay-mer, both with not only representing the community for the sake of inclusion, but actually doing a good job at it.

It goes without saying that in terms of any diversity factor you can think of, the Sims has always been a respectful and true ally to the LGBTQ community, since the start of the franchise in 2000. The first ever Sims trailer featured a gay couple and the game’s representation and respect for us has been skyrocketing eversince.

In the Sims, you can truly be yourself or whoever you want to be, and tell the stories that are important to you.

With the most recent installment of the series, the Sims jumped even further by allowing players to create non-binary and transgender Sims, which was never before seen in a mainstream game until that point.

Even though it has its flaws, the Sims will always be the first title that comes to mind when I think of inclusivity. The Last of Us

The last of us took the world by zombie-storm back in 2013 when they revealed that the main Protagonist, Ellie, is in fact homosexual. Naughty Dog took it upon themselves to tell a compelling and relatable (despite the zombies) coming out story and a LGBTQ coming of age story. Ellie being gay is not only there for shock value, it has significance in the story, as does the story of Lev, a transgender youth fleeing a religious comminity because of rejection. Yes, it has finally happened! More than once, even. World of Warcraft is a game many people grew up with, me included. And while I’ve always been out in the game to my friends and guild mates, I’d never felt represented in the game via the NPCs. But this changed dramatically with the last 2 expansions of the game. It now features several characters in homosexual relationships, and a trans character!

Mathias Shaw, everyone’s favorite James Bond Parody, and Flynn Fairwind, a wannabe Jack Sparrow, are now a thing. And the gays are quaking <3

Pelagos, one of the main characters of the Kyrian story, comes out as transgender, when he reveals that he presents as a man in the afterlife, while he lived as a woman before death.

The first night warrior was also apparently gay, and had a husband! Blizzard is really hitting us with the inclusivity stick this expansion, and I’m living for it! The most anticipated game of the decade is finally upon us and it brings a ton of representation! Exclusive LGBT romances, freedom of gender and sex in the character creation, everything we needed to present ourselves in the game the way we want to. It’s a fantastic step up from anything else in the gaming world, and we hope more will follow! Bioware was inclusive before it was cool. Dragon Age, and Mass Effect had exciting and compelling LGBT stories all the way back in 2009. We know these are not all the examples of representation in the gaming world, but they sure are the most notable ones. I can’t help but hope that this is just a beginning and that one day sexuality and gender expression won’t be a novelty, but considered a normal part of life. Just as they are supposed to be and just as they were in the past.