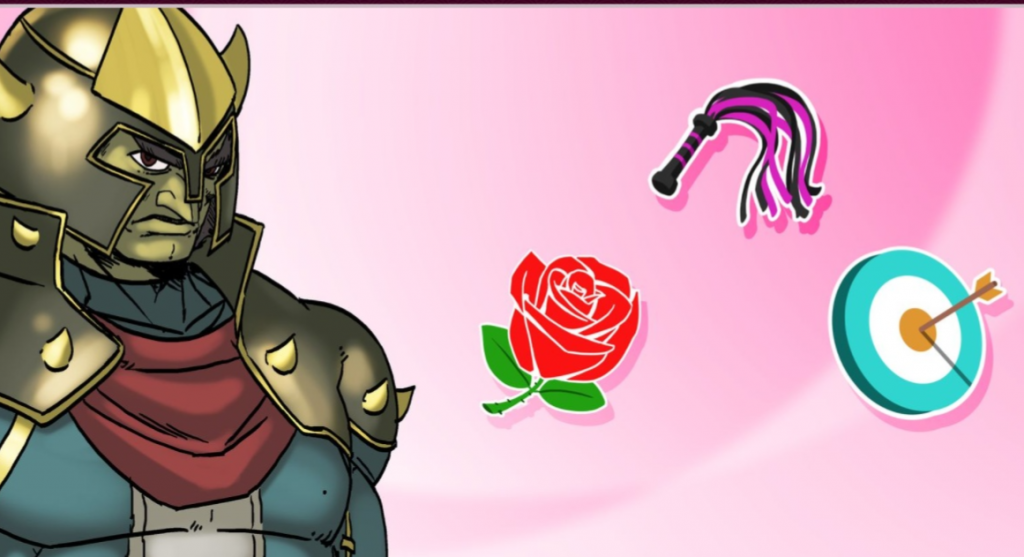 In the Haremverse both the Hero and the Girls have classes.
The Hero class defines your primary, secondary and tertiary stats. Your primary (main) stat gives you the most bonuses for each point. Also, there is a domination scheme that gives bonuses due to the match-up. Generally, it is a good idea to have your Alpha girl the same class as yours so you have the most damage and Ego from her bonuses.
The Girl class defines what ability will be triggered in the moment of Harmony. Hardcore girls do Wild Burst (50% bonus damage for one attack), Charm girls do Narcissistic bliss (doubles your defenses for one opponent attack), Know-how girls do Ego Reassurance (recovers 10% of your max Ego). Having a combination of different classes of Girls in your team may be a good strategic choice but having 3 of the same class also works. It is up to you to decide what combination of abilities you would like and what stats you want to be boosted by the Girls in your battle team.


Is increasing stats effects ego and damage as same as before the update?

Stats are calculated a bit differently. Before the last update, points from the hero and the equipment were giving different values. Now each point in the primary, secondary and tertiary stat will give the same amount of bonuses from your Hero and also Equipment.
Also now only the tertiary stat adds to your Harmony (ex Critical Hit) while the secondary increases Ego, and the Primary is responsible both for Ego and Prowess (ex-Damage).
You can also see that now we have the defense against any class, even your own – it is calculated as an average of the other two.

Is the 20% bonus against classes still in effect?

The 20% domination bonus is being transformed from bonus Damage into bonus Harmony (the reason is too many stacking bonuses on the damage).

Does a player’s actual class have an effect other than main attack stat since abilities seem to be tied to the girls themselves?

It has an impact in the sense that for example being a Hardcore means that you will probably want a Hardcore girl as an Alpha. Also, the domination scheme depends on your Hero class.

Does that mean that “crit” in items will also change to be adjusted?

Yes, the old critical chances were transformed to the new Harmony. It is just multiplied by 100, meaning that all previous balance on the Equipment stats is being kept.

KH is screwed? And if you are smart you will fight with HC girls only, no matter what your avatar’s class is?

No, Know-how class should not be screwed. Every class has its advantages and disadvantages. Depending on your class you can have a strategy in choosing your girls and also Equipment. As Know-how girls have the ability to heal your Ego depending on the maximum amount of Ego you have, having more of it might just be your strategy.

If I read it correctly the new luck counter now maxes out at 50% where it was 25%. Does this mean the special ability of a girl will happen more often?

The new luck/harmony works as it has a total of 50% chance distributed amongst the two opponents depending on their Harmony stat. With the previous amount of 25% max, it means that it will happen just as often on average. So the player with the higher Harmony will have better chances within the 50% but never as high as 50%.For the low-level players, it will happen more often because in the previous system it took time to get to the 25% chance but now the total 50% are presented right away.

So, in theory, it’s possible that HC will crit damage, but charm will also auto boosted shield at the same time?  I know some figures have already been run, but has this scenario been covered in the thread so far?

Yes, this scenario can happen. The defenses are being subtracted first, and then the damage is being multiplied by the bonus of Wild burst. Keep in mind that if the defenses are high enough, boosting them can lead to 0 damage to be taken.

What will happen if two Know-how teams with low attack and high ego fight each other? Will the fight last forever?

This will be one hell of a battle that will last quite long but at the end there is a limit of turns that if no player wins one of them will be announced a winner based on certain criteria as how much Ego (as a %) the players have and how much damage (as a tangible) they have dealt.

Why does someone have harmony if they have only mono stat items?

The Harmony can be gained also from your tertiary stat by 0.5 for each point.

Secondary stat refers to the stat you’re strong against? Or what?

Also, the special ability reassurance for KH seems to be transferable to the next fight. How else can you get it on the first hit?

The Healing effect on the Ego can work over the max Ego that you have. You will see that the number of Ego goes up, though the bar will not go over 100% (looks ugly otherwise)

Does Reassurance heal you from zero? And if it does, is the damage dealt with you that turn is taken into account or are you allowed to proceed even if the hit is stronger than your healing?

The heal is being done when it is your turn to attack and not when the enemy attacks. If your Ego goes to 0, you lost the battle in any case.

Well, this is for you, the player, to decide. Part of the game is to figure out what works the best for you depending on your class and your girls.
As a general note, most of the basic strategy from before is still true: having a lot of your main stat provides you with the most bonuses; having an Alpha girl with the same class as you is probably the best.
The Harmony appears as another very important stat so keeping it high relative to your rivals should be a good idea.