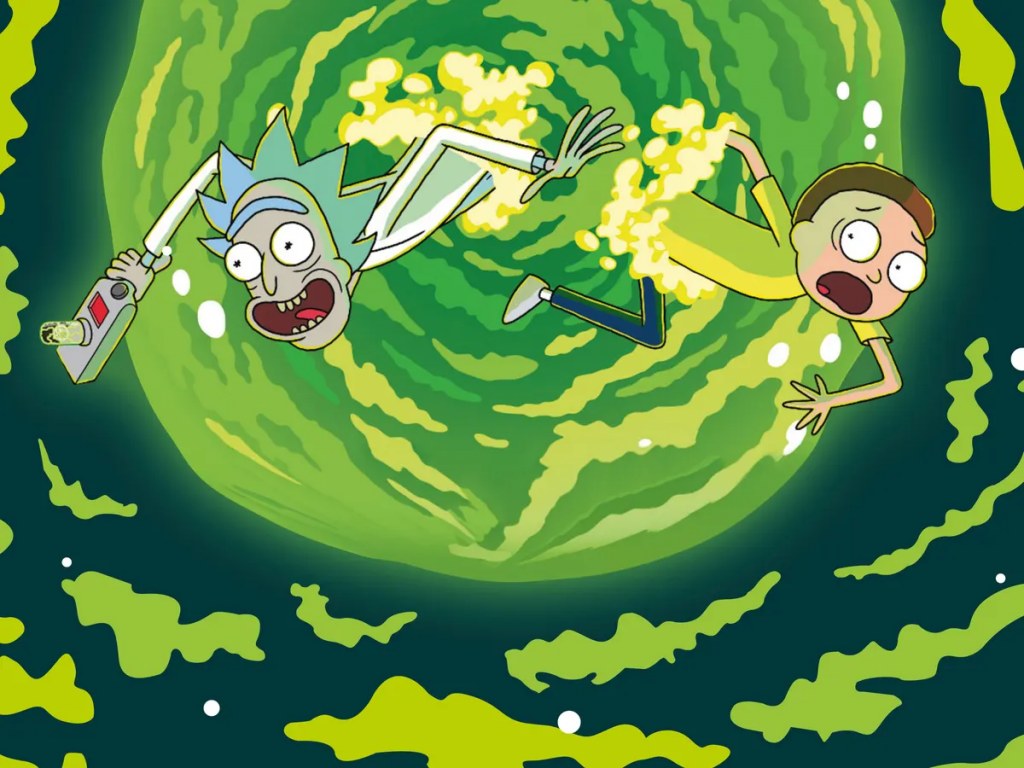 Rick and Morty took the world by storm in 2013 – a witty comedy mixing up domestic life, drama, and interdimensional travels. The series revolves around adventures (or misadventures) of the cynical and nihilistic mad scientist Rick and his kind-hearted but simple granson, Morty. Rick and Morty is an american adult animated sci-fi sitcom created by Justin Roiland and Dan Harmon for Cartoon Network’s late-night programming block, Adult Swim. The series has been acclaimed both by fans and critics for its originality, creativity and humor.

The general formula of Rick and Morty consists of the contrast of two conflicting scenarios – an extremely selfish, alcoholic grandfather dragging his grandson along for interdimensional adventures, intercut with domestic family drama. Occasionally, characters will acknowledge an episode’s narrative or hint at the presence of a fourth wall, suggesting that they are aware of the fact that they are characters of a TV show.

Rick and Morty has been described as “a never-ending fart joke wrapped around a studied look into nihilism”. The series addresses the insignificance of human existence as compared to the size of the universeр with no recognizable divine presence, much like Lovecraft’s philosophy of cosmicism. The characters often deal with cosmic horror and dread, choosing to deal with it either by asserting the utility of science, or by choosing to live in blissful ignorance. None of the characters, however, appear able to handle the absurd and chaotic nature of their lives, as Jerry gets by through denial, and Rick is depressed, substance-addicted and an overall suicidal mess. 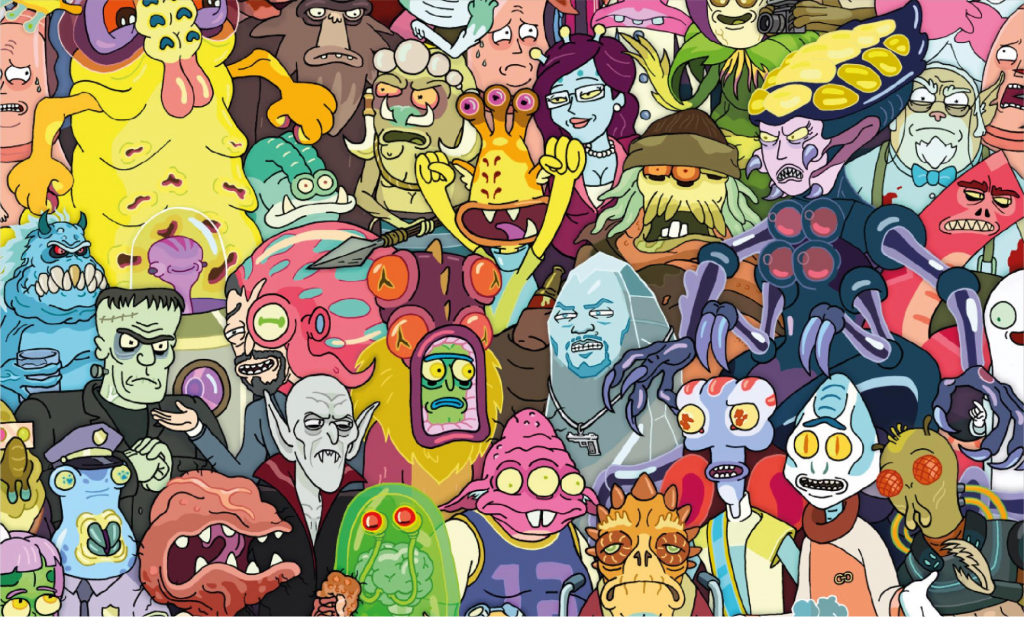 Rick’s character is written in a genius way and he himself can be a study of human pathology and sociopathy. He is in essence a self-obsessed anarchist who doesn’t like being told what to do. His intellect, experience and overall superiority has caused him mental illness. The knowledge that nothing matters – while accurate – gets you nowhere. The series overall tries to communicate that we need to focus on human relationships and not preoccupy our minds with unanswerable meaningless questions, in order to find a sense of purpose and live a better life.

Morty on the other hand, represents the audience, as he is mostly there to react to Rick’s deranged schemes. The character of Morty is transformed by the truths of the universe he discovers. However, unlike any other character in the series, he accepts these truths and lets them empower him to value his own life. 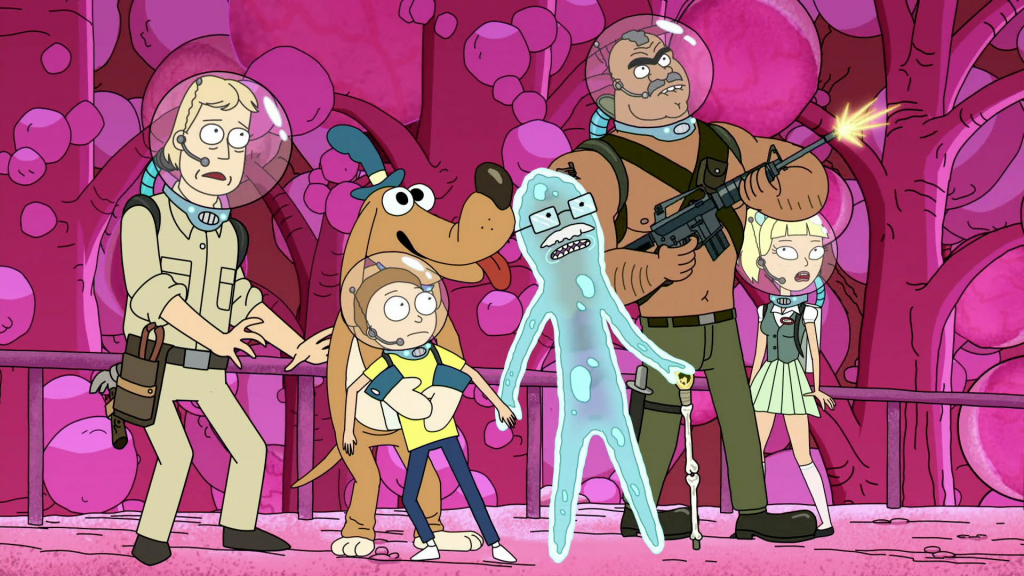 There is a significant progression in his character – from a whiny kid to a more experienced adventurer in the latest season, even going as far as rebelling against some of the decisions of his grandparent.

The show also covers how loneliness can feel through the eyes of a grandparent. Life is slowly slipping away, while young people are enjoying it to the fullest. A theory of mine is that Rick is always tinkering something and going on adventures with his grandson (also often abusing him) as an escape from his lonely reality. Several episodes in the show were dedicated to how lonely he feels as well as few love disappointments. His superiority complex may be the result of him wanting to be in complete control of his life. 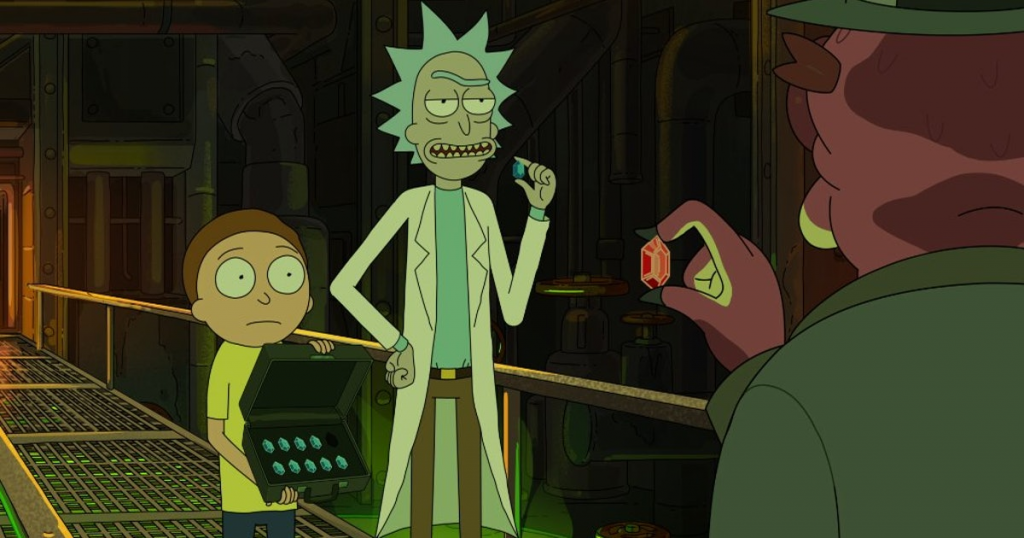 Rick and Morty is one of those animations that exploded and gained a huge fanbase in a short time. One can argue why the show is so popular. The characters of the show are drowned in cynicism, dirty humor, burping and fart jokes.But behind the primal humor lies a bitter-sweet philosophy for life. Humans search for the meaning of life, when there simply might not be one. Life is life. Much like the infinite realities of Rick and Morty our life is filled with possibilities which we alone only give meaning to. In the grand scheme of things and the vast universe, and how pathetic we are in comparison.

If you haven’t watched the show and want an adventure with a small dose of existential crisis behind it, Rick and Morty is a must-watch for every adult cartoon lover.