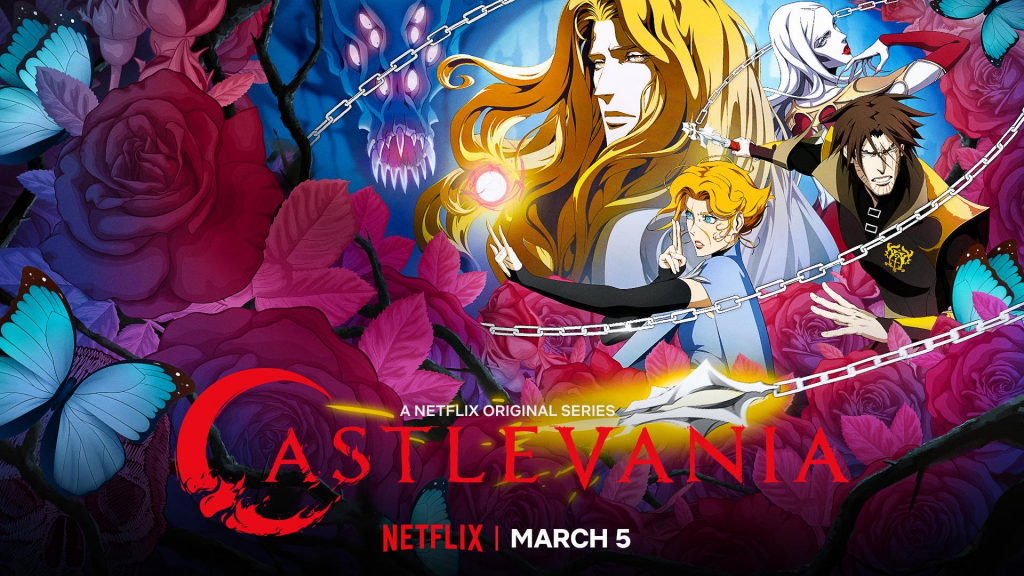 We know the stories, but sometimes it’s hard to separate fact from truth 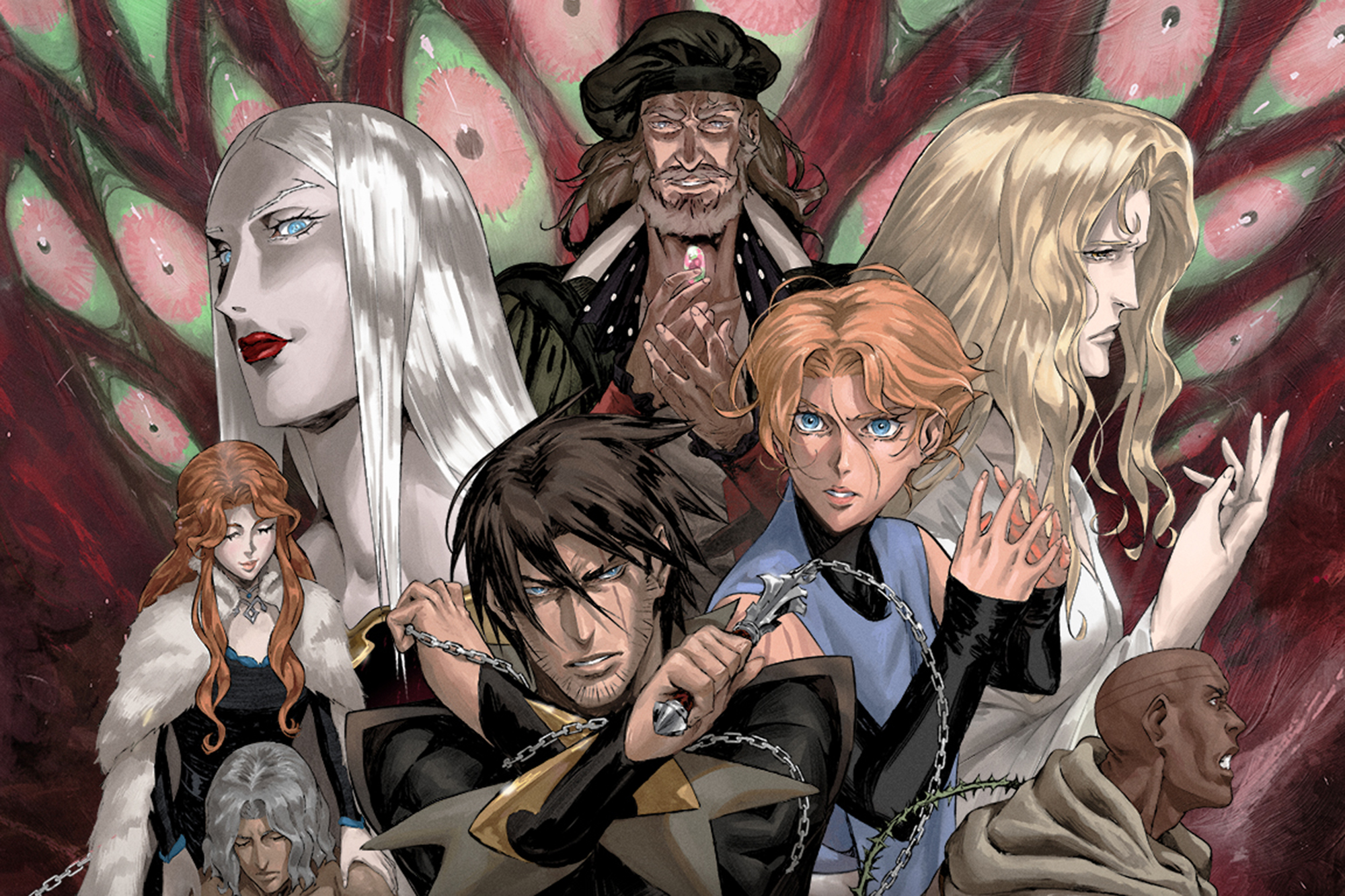 Inspired by the video game series of the same title, this Netflix anime series is a dark and violent medieval fantasy. It deals with the doctrine of religion, the denial of science and human progress, love, eternal life and redemption. It follows the last surviving member of the Belmont clan, Trevor Belmont, trying to save Eastern Europe from the vengeful destruction of Count Vlad Dracula Tepes. Doing everything in his power to avenge his human wife, Dracula is set out to wipe the stain of humanity from the earth. Trevor teams up with a bunch of misfits in a race to find a way to save humanity from the grieving and mad Vampire lord. 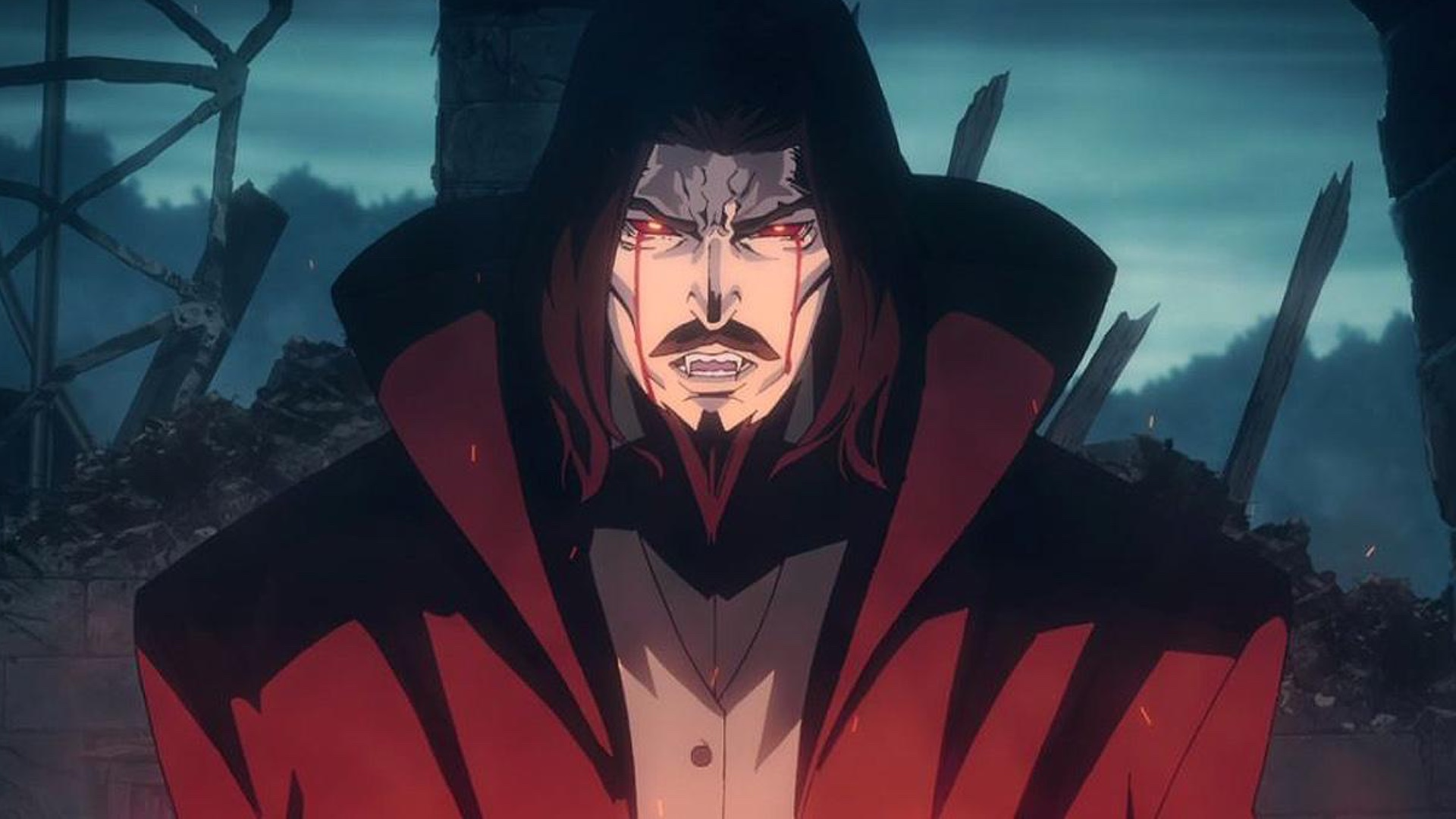 The show starts with a young woman named Lisa who wishes to be a doctor seeks out Vlad Dracula Tepes, a vampire with advanced scientific knowledge. Dracula agrees to teach her, while she offers him to help reconnect with humanity. Shortly after they fall in love and marry.

Two decades later, mistaking science for witchcraft, a Bishop sentences Lisa to death by fire after finding scientific and medical equipment in her home. Dracula is devastated and furious upon learning of his wife’s death and declares the people have one year to make their peace, after which every human in the Kingdom will die by his hand. 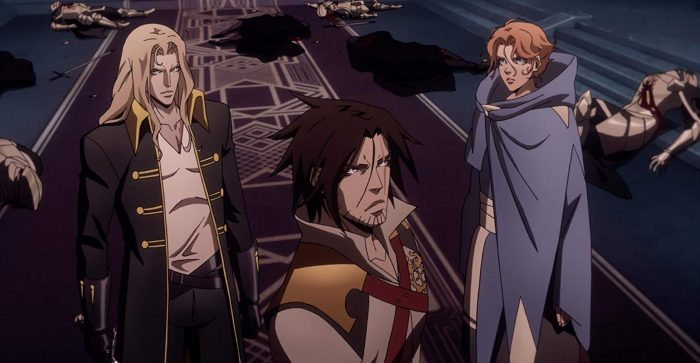 His son tells him that this will be against his mother’s will and to go only after the men responsible for his wife’s death. But determined to set things right, Dracula decimates the entire kingdom, turning it into his own domain. This sets up the adventures of Belmont and his comrades, risking their lives to save a humanity that’s not entirely worth saving. 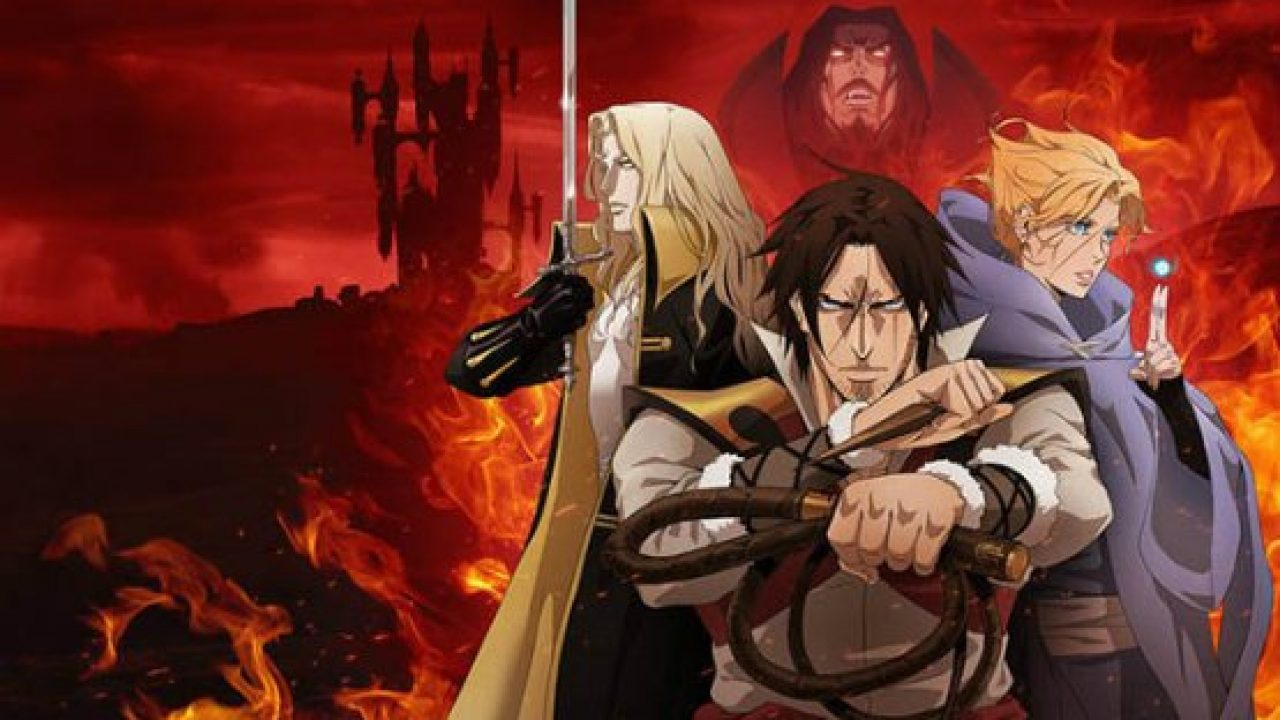 Netflix’ Castlevania series proves yet again a theory spun and proven by numerous fictional media across the years – people are trash. The way the show deals with rejection and renouncement of progress, science, and equality is in a way poetic. While watching, viewers often find themselves questioning whether humanity is worth saving at all. Murder, thievery, sin, and fear have made themselves a home in humanity’s hearts. With minor exceptions in the series, humanity doesn’t seem to be worth saving all that much. Castlevania lays before us a very specific kind of grotesque which shows us that nobody is safe in this ugly world. A world where a loving God is nowhere to be found. 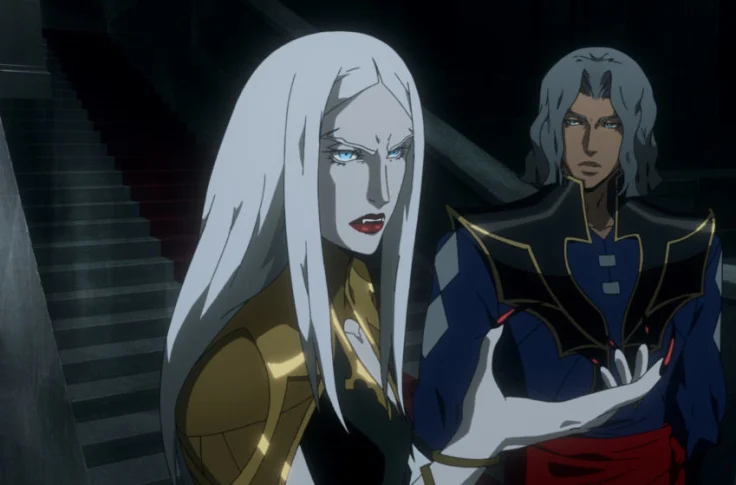 The art style is heavily influenced by Japanese anime and Ayami Kojima’s artwork in Castlevania: Symphony of the Night with the production team including staff members who worked in the Japanese anime industry.

Why is it worth the Binge?

Even though it’s not without its flaws, this Netflix adaptation of this titan of a series is fantastic. Fans say it’s exactly what they wished for, and new fans find themselves being enthralled in its beauty. The show has a fluid storyline, iconic characters and beautiful art. The soundtrack is nothing to glance over either, with gorgeous Gothic and melodic themes that give you goosebumps during every major encounter in the show. Netflix’ Castlevania is loyal to the games and lore set before and it definitely deserves your attention. 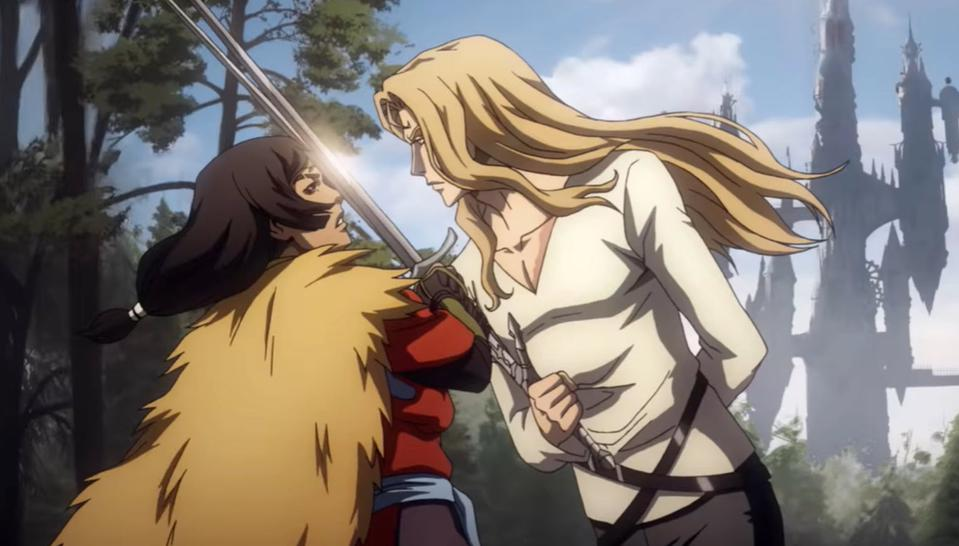 The quality of art style is exquisite, action senses are spectacular the Netflix adaptation does not spare the use of blood, gore and sex. Story is driven around the nature of humans, love, betrayal and action. A must watch for every animation fan. 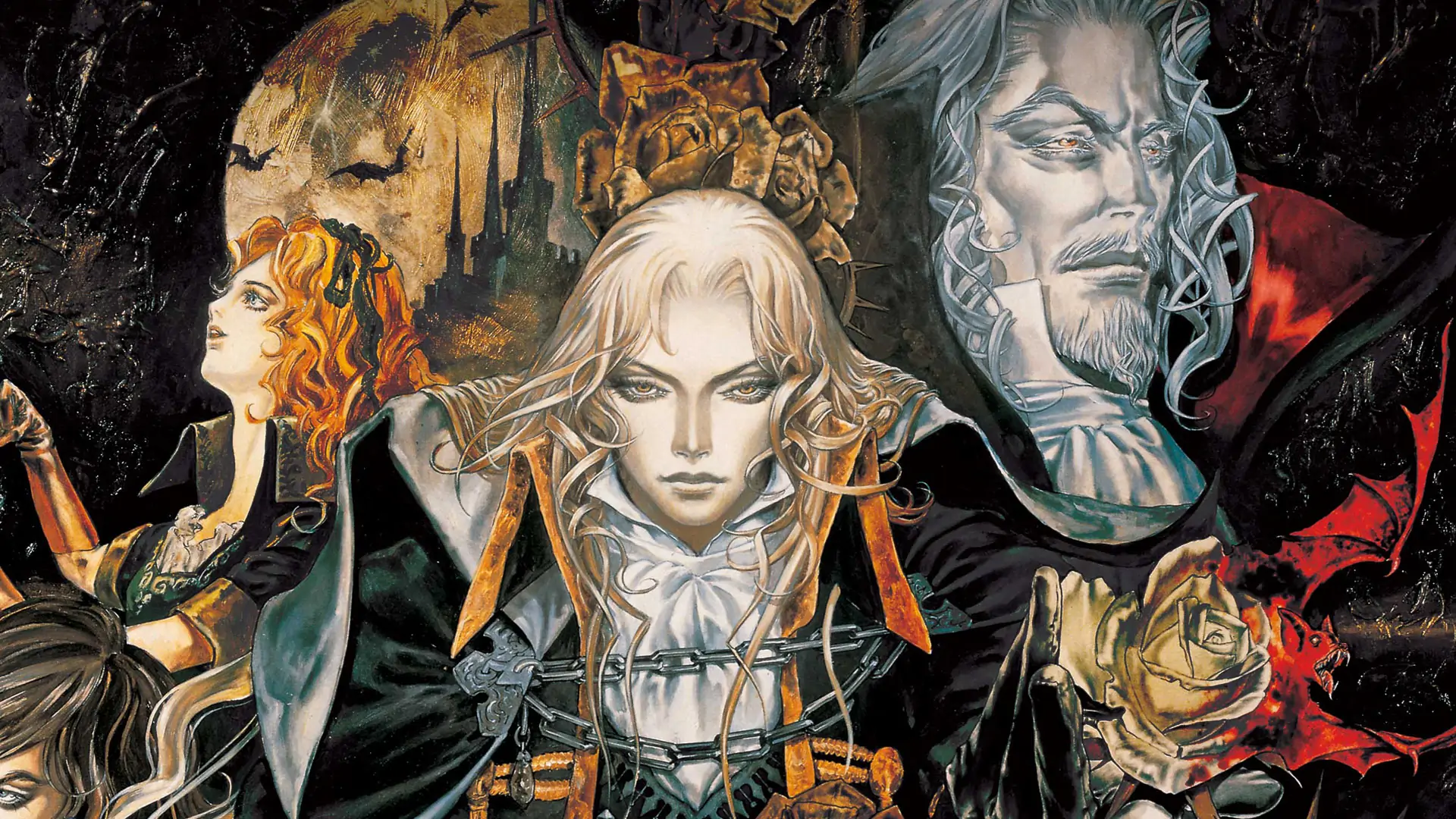