Welcome to the next in a long list of demonic sex empires. In today’s exhibit, the demons are very tough, immortal, young and pretty. Some of them pretend to be humans as not to draw the fear or envy of the puny mortals.

Judging by the menu sound I was expecting to be boarding a spaceship, but it’s just contemporary city life in this kingd… uh – land. Why the demons are here is not clear from the beginning. They can apparently tempt and corrupt people and turn them into demons. Why any of it is happening is presumably left for you to discover.

The prologue explicitly mentions the demons are very hard to impregnate so, there is a good chance that would be happening.

Other than it being an RPG Maker title, what is annoying is the ability to move the text forward is via keyboard only.

Now, first things first – we have to check into a hotel before fighting demons, because we wouldn’t want the powerful immortals making last-minute bookings. 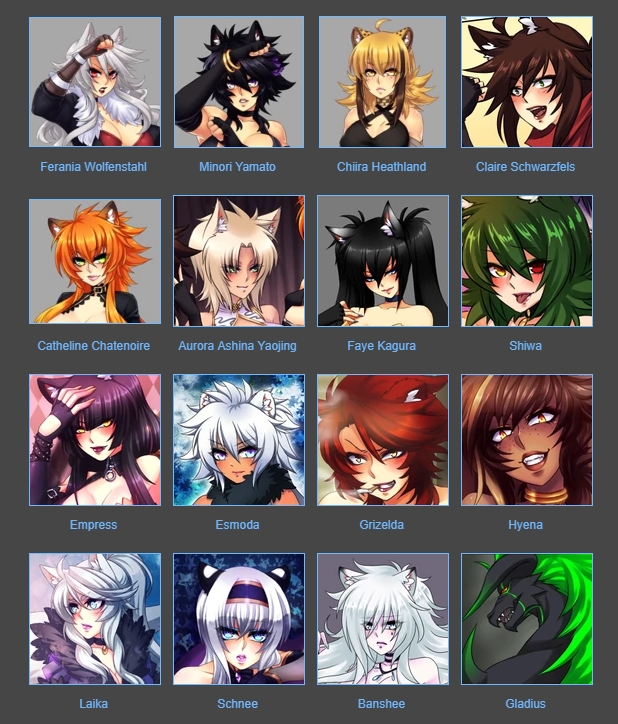 What can I say, I’m just not being won over by fearless demon hunters masquerading as humans when they talk about their drawing hobbies and luggage, with some grandmotherly soothing elevator music. I’m starting to guess this is going to be the relaxing adventures of teenage demon Jesse, her best friend Velma and their pet hamster.

They argue like kids who’ve lost their homework, of who should have known where they need to go. And whoopsie – nobody does.

Basically the best way to trash the appeal of powerful eternally beautiful demon hunters is to make them argue about the last toilet paper roll and who forgot to buy sugar from the grocery store on their way back home to lock the door their forgot unlocked. We’re all regretting the missed opportunity of John Wick and Batman lacking the spare time to complete their personas with this level of detail.

There is time to wipe their noses and talk about the colors of their napkins on brunch tomorrow, but come on.

Anyway – Conveniently the trouble they were looking for is right outside the hotel. Let’s go check that out.
We get into a battle, and it’s giggles again. Demons attack us with electric “Sexual harassment”. 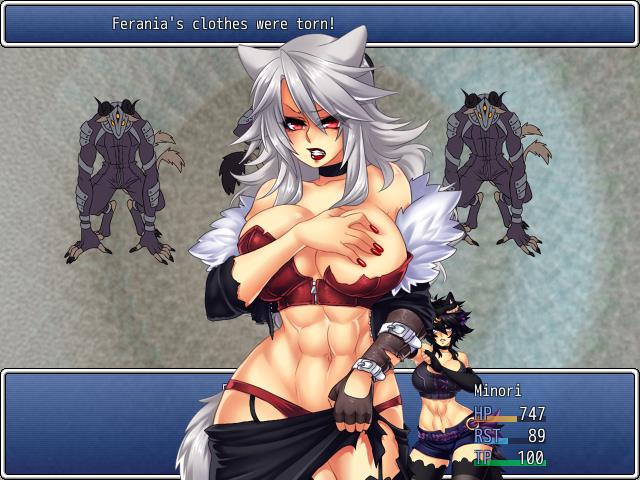 Classic RPG maker combat, some sound effects, and well-illustrated cute cat-girl/demon hunters. I didn’t explore the story a whole lot but the tone is mostly preserved and it has a sense of meandering. The RPG Maker fights are a known quantity so love em of hate, them they are there. It’s like Woody Allen made a low budget film in RPG Maker.

Judging by the fanbase and the continuous development of the title, it must get more interesting later on, but it certainly has trouble capturing my short Friday attention span. Maybe I’m just too cynical today to give it a better chance. Maybe I could stomach it longer if it wasn’t wrapped in RPG Maker, but alas alack.

But then again I played the RPG maker “Lisa” till the end. So, the tonality is definitely killing me here. If the style is right up your lane, there is plenty of hot fine art to enjoy. Though maybe a little more work could have gone into the combat backgrounds.