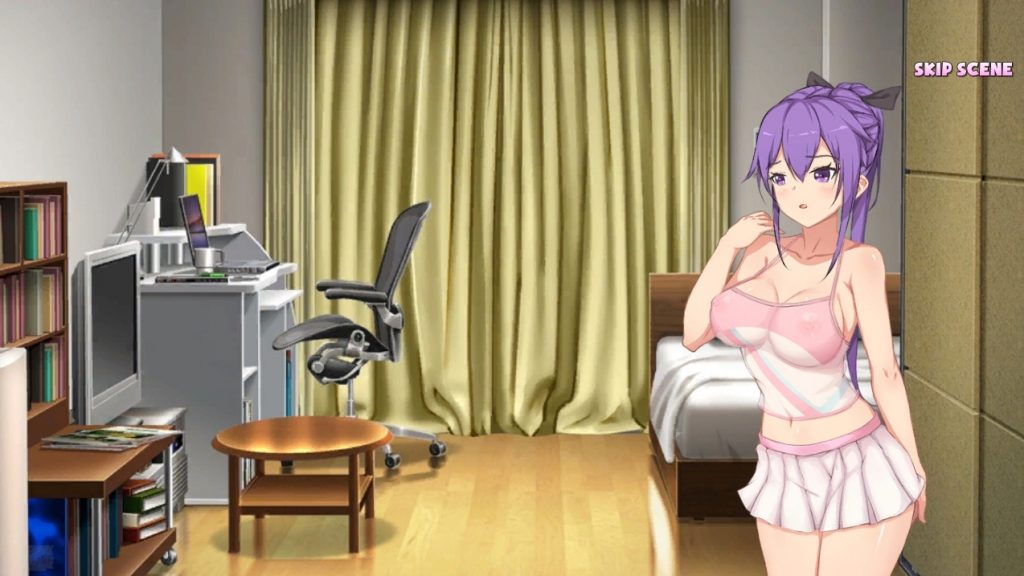 It seems that after a lot of people saw Pewdiepie play a nutaku game in the promotion he did, folks have shown an increased interest in adult games and match 3s.

This one again tweaks the formula and along with that goes for the dating sim, where you can impress girls and gift them with various things.

If you haven’t seen Candy Crush – this match 3 formula has on occasion some objectives, such as going after specific pieces or locations. Given that the field is often modified, this little tweak can provide a base level variety. You have the so-called “skills”, but really, those are just a gimmick that nobody would really care about if it’s missing.

If you are lifting mechanics out of Candy Crush, try to pay attention that they don’t have anything that is redundant like the point upgrade system that lesser match 3 games tend to get. This model of the system is skipped for an important design principle. And it’s not missing because Honey Crush devs played more rpgs when they were growing up than Candy Crush devs.

The levels appear handcrafted or hand copied, so unless its a super clever coder who made it procedural, which is highly unlikely for a project in this niche. The dialogue is mainly relaxed, the player is given some conversation options for basic participation. So do not go expecting branching story paths here.

The production obviously tried to go for eye candy and succeeded in many ways. It may not be amazing and unseen, but given how many people fail on basic presentation, this is good.

The visual and sound effects of the match 3 game itself are OK enough. Even the basic conversation scenes have good design and rudimentary animations which is a cool thing.

That’s the funny part. The sex scenes however don’t have basic animations, which is weird, considering almost everything else has. Strange priorities there.

Overall it’s a simplistic match 3, a Candy Crush copycat with an enjoyable atmosphere and a few date sim things thrown in. While this has energy to limit your plat, it also boasts a lot more content than Booty Calls and some of its other competitors. So while we’ve had this already. Perhaps you want more of this formula?

There isn’t much to say, given that it only has this main feature. Luckily, I haven’t yet ran into picture limitations, and hopefully it stays that way later in the game. There is a story about being teleported to some sex place for some purpose and you may be able to enjoy it if you are not tired of such contrivances in basic games :).