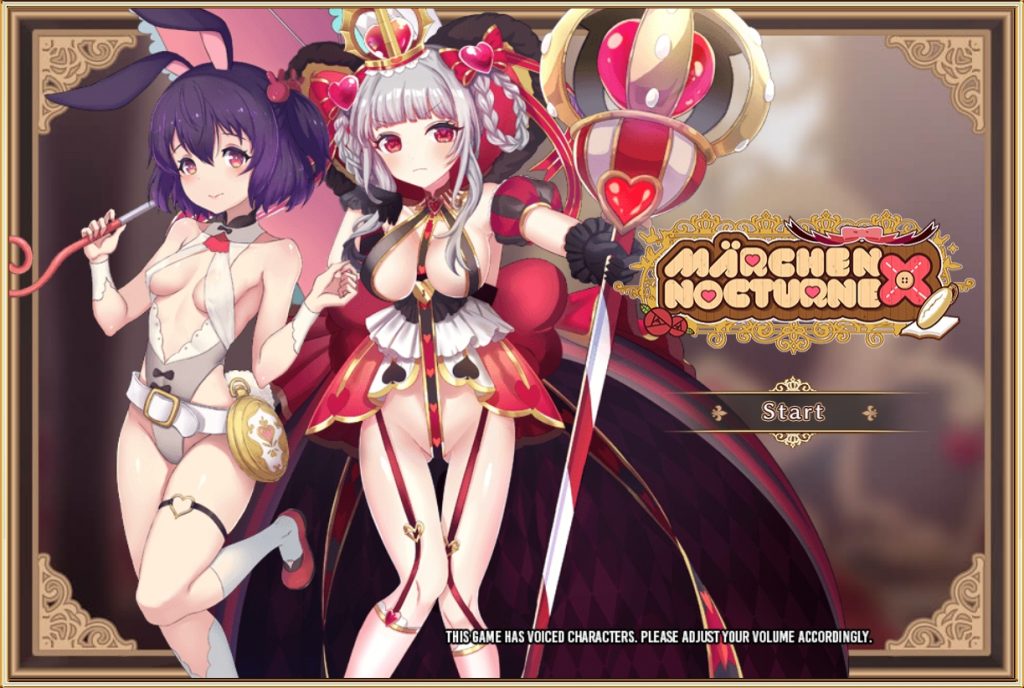 Marchen nocturne is like a sexy chick showing up to your birthday party. Got a stain or two on her sexy outfit, but is entirely unphased by this and sparkles with a radiant smile right from the start.

Marchen is the German word for fairy tale, what it all means will apparently be kept mysterious. Because why not?

The game makes a quick battle scene in which we’re attacked by some pesky cobras. It gets the thread rolling with a light story without swamping you too much stuff.

If for any reason you were falling asleep and kinda ever so slightly starting to drool on the desk it flashes you it’s boobs by way of in a sex scene. You know in case there is any doubt about getting your attention.

We can see that the devs didn’t have deep pockets to go wild with the as all visuals, sound, and design on it. The refreshing surprise is that they’ve succeeded in being frugal and putting their limited resources to good use.

It’s like that girl you saw once in the club. She was not the hottest or had the biggest cup size, but the way she moved with the music had a rather mouth and other parts watering effect shall we say 🙂

Unless they get busted for their illustrations really looking quite jail-baity, it looks like Märchen Nocturne is going to be good times.

We can only wonder how many colors of fluffy slippers magic girl has in her wardrobe.

This is how you tell people enjoyed making this. Not a large budget, yet every little bit they have is put into the effort to make the guests feel welcome and comfortable.

Obviously, there is a bit of a story, items and girls to upgrade. Enough to keep guests entertained while more is being made.

The girls are pretty varied and sexy, they are not even all a statuesque barbie like figures and have some variety to boast.

I don’t know why anybody is surprised the girls are being assaulted by the creatures of the forest, considering most of the characters are carrying around some form of food or another.

Did you ever get rewarded with a bag of cookies for having your dick sucked? Well there’s always a first time right?

Could you make it more chillout sexy party even if you wanted?

There are a few flaws in the game, but everything is minor such as a few languages lols – it all amounts to a strange tiny scar on a chick shoulder, only a problem for a few OCD people who can’t help themselves.

We definitely look forward to seeing how Märchen Nocturne grows and unfolds in the future.