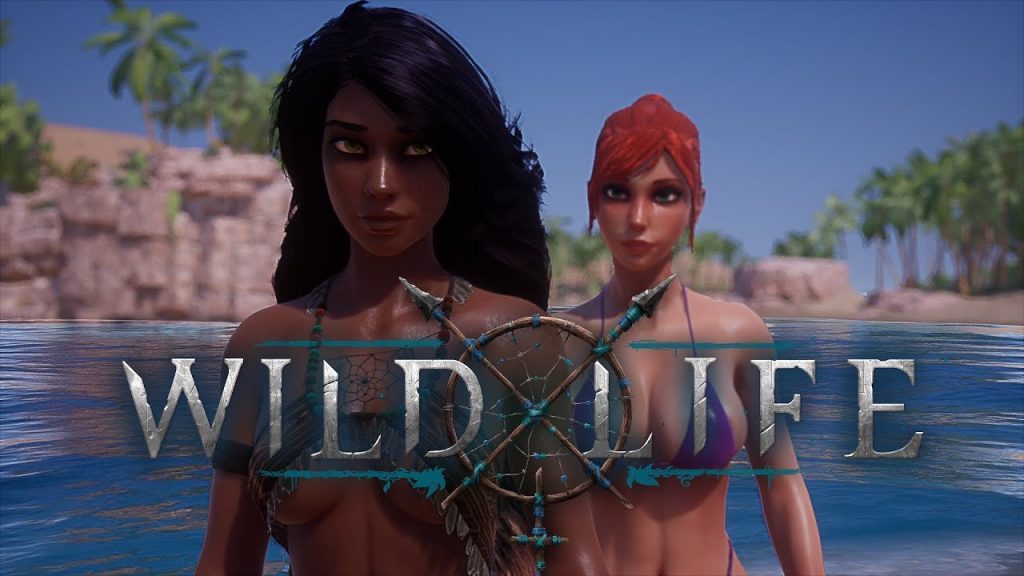 Wild Life is an interesting project, ran by some industry professionals. They probably got tired of working for large companies and decided to give in to the inner kinks.

For now, they have been working and distributing mainly off their Patreon page with things like a Steam release being mentioned here and there. The selling point so far being the high-level 3D graphics and the very good performance of animations, largely due to the quality skeletons in the model rigs.

Using exotic locations and juicy tits allows even casual screenshots of the title to act as solid advertisement. There have complaints of scarce gameplay here and there, but by the looks of it – this party is just getting started. There is some plot. Some seduction. Some submissive sex and the typical goodies players would expect out of similar kinky games.

Thankfully this isn’t yet another drop in the huge list of annoying demonic realms where sex powers have gone crazy. Rather simply it’s just a fictional planet containing some ‘happy go fucky’ people and creatures in it. Human civilization hasn’t yet discovered this nice spot. That makes you likely be the brave explorer who is to pop all their cherries. The sound department has you well covered there, rest assured.

They mention stuff about valuable resources and fauna that miners and scientists are going to want. But I swear to god, if they skinner box us to death with collecting herbs so some chick can show us a bit of cleavage we are going berserk and flip the table.

There is going to be some marauder pokemon going on. In apparently you would be able to live a “kinky poacher”™ life and catch wildlife to sell. Probably into sex slavery to collectors or other pervs, they mention some creature fighting pits.

What impresses me is the clear laid out plans for what is to come. Apparently they have sat down and worked on a serious roadmap that binds them to a certain path. Very much unlike a lot of their neighboring crowdfunded adventures.

The trope of going around collecting “life juice” is a bit funny. Mostly because it could have been the typical pussy juice many adult games collect. A fighting system is going to be responsible for many of those submission sex scenes people would be hoping for. How good combat is going to be in the full product is too early to say. A proper combat system is hard to do even for the rest of the gaming industry as a whole, so it is very likely that their efforts are focused on fondling tits more than the pussy fights. Of course, I might be wrong.

There is also a notable amount of creatures so, there is plenty of fury sex even though they don’t lean on it in the promotional material.

“Become the heroine Maya – strong, beautiful and able to call upon her wings, her tribal heritage – in this gripping Adult Action-RPG. Roam the world from fertile forests to dry and sun-soaked deserts, spread your wings and cut through the skies of a world torn by greed and vanity. Find your own way to ensure your survival and embrace the possibilities of fighting and sex.”

In the end – it is a pretty game and it’s also free – everybody is welcome to sample the goods.

Get a copy or tune in the project here: