Our efforts were rewarded in multiple ways. First, the most important thing for us is that you are enjoying the Haremverse, be it in HH, GH or Hentai Clicker, your Harems are getting bigger and the girls are getting more and more affection. you are constantly growing in numbers your support is something we are very grateful for. Nutaku send us 2 amazing awards for the milestone of 1 million and 5 million players on our game and we have been nominated and received multiple other awards for our work. Thanks to your votes, we received the Best Writing award at Nutaku Dev conference at Gamescom and we won, again, the famous YNOT award for the Best Gaming Company in the Adult Industry. These are the reasons we want to make 2020 even greater than any year prior!

We began the year with a bang. Our first big release was a revamp of the whole system to seduce girls in the game: the Affection system. The feature was well received and succeeded to give you more visibility regarding the seduction of the girls during events, improving your overall chance and giving you the possibility to keep your progress toward seduction. We wanted to give you the ability to expand your Harem while providing a challenge at the endgame, we created the Sex Champions. These mighty characters are famous in the Haremverse and reward the most impressive lovers, providing a long term goal even for our most veterans players.
One of our concerns for 2019 was that the increase in the population of beautiful girls in the Haremverse would intimidate newcomers to meet and seduce some girls. To tackle this situation, we created one of our most successful features of that year: the Mythic Pachinko, with its rotation of girls available, the Pachinko area is now a neverending source of gorgeous ladies who keep showing you how eager they are to join your Harems.

During the whole year, Bunny whispered to us some smaller improvements- if it was part of your pillow talk, she never told us. She wanted to make your life easier and your time in the Haremverse even more enjoyable, so we gave you the ability to reroll the girl seduced in the Pachinko, the improvement of the Clubs, the stats upgrades and new Daily Missions. We even brought a gift just before Christmas: the revamping of the Villains, making them stronger, improving their rewards and bringing new girls to seduce!

Last but not least, this year, we released 2 new full worlds in the adventures, with their own unique storylines and parodied girls and villains. The Haremverse got even deeper lore and universe. 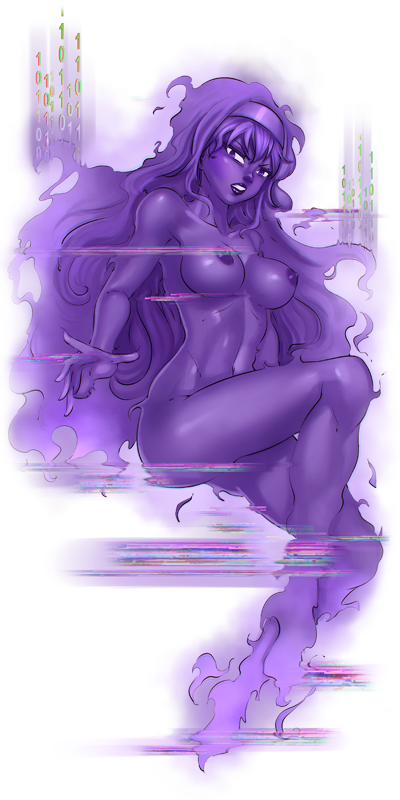 One of our objectives for 2020 is to keep going on that road. We are working on small quality-of-life improvements for the early part of the year. We talked about some of them: like the “Pachinko orbs” that will reward you with free Pachinko spins or the ability to do more performance in one click in front of the Champions or slight rebalance of the different Heroes class in the game.
Bigger improvements are also planned and we will speak about them in more detail when it is time You can expect to hear about the Club Challenges, that will give your Club the ability to challenge another one and win some interesting rewards. We are also rethinking the event system that we currently have to be able to use the different improvements we did over the years and use them during the events we have currently in the game.

With the more numerous feedback, we continued developing and, finally, we released the game at the end of August. We understood that it would only mean the beginning of our work on the title. That is why we introduced quickly to more girls and new content.

We let a selected group of players try the new game and they confirmed our fears: the game is not ready. So we made the difficult decision to leave it for a while and get back to it next year when we will be able to spend more on it and turning it in the game you want to play. But we will need your invaluable help.

Do you believe in love at first Match? Soon you will…

All this work and pleasure wouldn’t have been meaningful without you, our loyal players. Again, thanks to all of you, and we hope that you are as excited as us. Let’s go make 2020 the sexiest year ever!