An Introduction to Fire Force 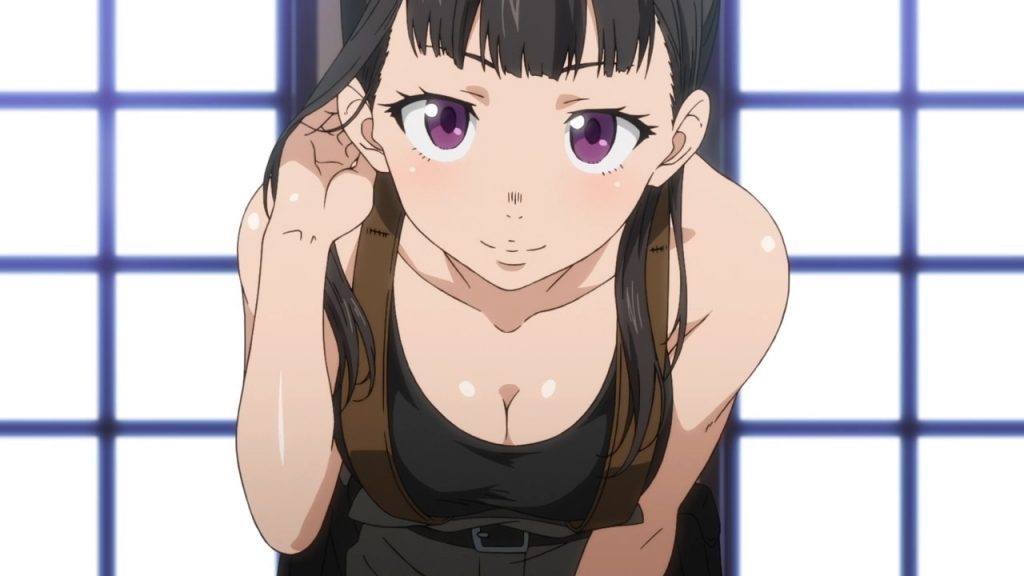 So lately I’ve thrown myself into some new anime and manga, it just so happens that Fire Force is the anime I picked to dive into and really get obsessed about. It’s a story written by the author of Soul Eater which just so happens to be another anime I loved a lot.

Fire Force is a story of a world where humans spontaneously combust which turns them into infernals. To put these monsters to rest the Special Fire Force companies were brought to life, each with the simple goal of uncovering the reason of spontaneous human combustion and to purify the souls of those who combust and become infernals. 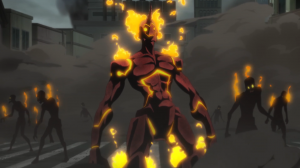 With that out of the way we can start talking about some of the themes and things I think you all might like within Fire Force! And possibly you’ll be swayed to give this show a chance without me spoiling too much of it.

A Fun Cast Of Characters

Fire Force starts out strong by introducing you to a bunch of characters you’ll be super familiar with in no time. People like the headstrong Captain of the 8th Akitaru Obi, a man who serves as a beacon of hope and all around good guy for anyone at the 8th Company. 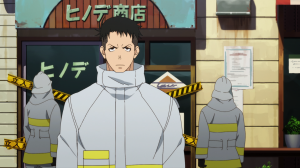 Not to be outdone of course there’s our main character Shinra Kusakabe who joins up with the 8th as a rookie fire soldier. His ambitions to become a hero are childlike and pure to the point you’ll find yourself rooting for him super quickly! That’s counting his signature nervous smile. 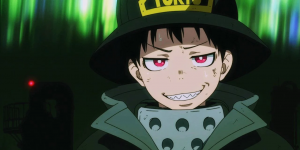 To mix it up a bit one of my favourite characters happens to be Maki Oze. She’s been with the 8th right after its founding. Maki’s someone with two sides to her, she’s extremely hard working and puts in a lot of effort to train and keep herself ready for any challenge.. The price for this however is that some might see her as a bit of a physical powerhouse and at the same time she wants to be girly and super feminine too, these sides clash every so often! 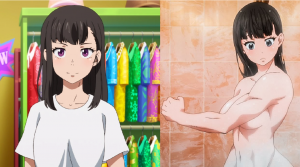 One of the coolest things about Fire Force is how creative it gets with the powers you’ll find people using throughout the show. You might be thinking to yourself if this is an anime about fighting fire then surely they’d be extinguishing them right? Not so much! The Special Fire Force deals in fighting fire with fire quite literally, all of the powers you’ll see being used have something to do with fire or heat and at times they’ll bend this a little creatively to make it work.

Shinra for example can freely create flames like jets from his feet to jet around like crazy, fly all over the place and most importantly he kicks really hard with them. 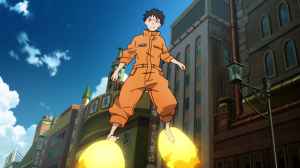 A lot of the powers are applied in clever ways, some with math and carefully thought out plans and some with pure brute force! Everything has to do with fire in Fire Force and the few characters that have to make do without these powers have to do some literal heavy lifting!

Akitaru Obi is a person that is unpowered and thus has to make up for this with his endless workout routine to keep in shape. He also happens to carry about 30 Kilograms of equipment whenever he’s out on a call. 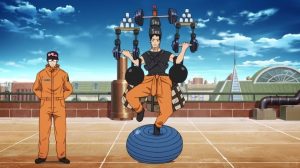 Surprisingly despite everything revolving around fire in some ways it really does stay super fresh with the creative ways you see this recurring element being spun. Some characters use it to simply wield weapons, some to enhance their physique, some to support others and there’s many powers that do mindboggingly crazy things! It somehow does not get stale and instead it has you wondering what the next villain might whip out.

This is something really fun about Fire Force too and it feels completely lighthearted whenever it happens. It’s also something that extends both ways, so if you’re in the boat for seeing some hot women or hunky guys this show might just sate your needs! 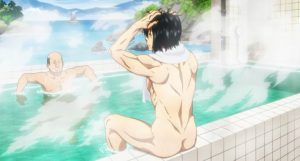 Because everyone’s involved in firefighting companies they’re all expected to stay in shape. So you’ll see lots of super fit guys and one extremely in shape Maki Oze while you enjoy Fire Force. 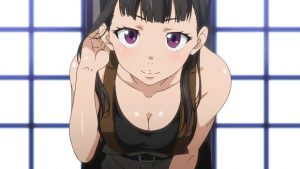 I’ve done my best to dance around any substantial spoilers because I want others to enjoy the story, the world, the characters and everything else about Fire Force for yourself. It’s something super fun to watch and it’ll mix in lots of light-hearted comedy with the more serious themes of the overarching story as the things happening in the Tokyo Empire are still pretty damn terrifying at times. 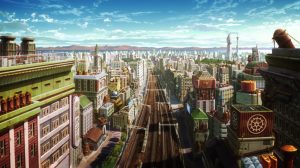 The deeper you get into the story the more it ramps up, the more the powers get crazier, the more you learn about the characters and so much more I can’t even put to words! For those familiar with Soul Eater you’ll quickly grow to love this colourful and weird world that you’re thrown into. Fire Force has two complete seasons with each offering 24 episodes for you to binge through should you be intrigued enough. Go on and give it a shot! Látom. 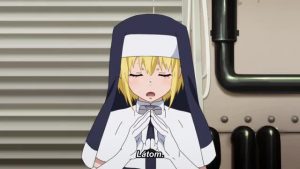