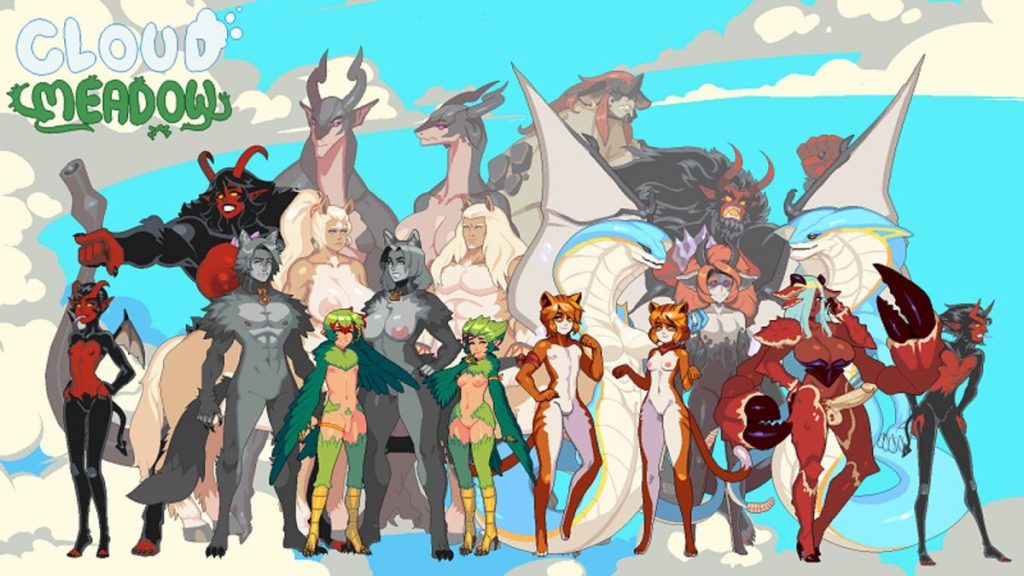 Cloud Meadow you could say is the lost chapter of the Alien movie. A certain character found its perfect victim, got on the inside feasted on the juicy innards and soon after burst out of the stomach of its host in a bloody frenzy.

That’s what happened when the most famous kinky Patreon project at the time – Breeding Season had its art guy Vladimir Sandler tearing the game’s heart out to make his own project – Cloud Meadow.

Or at least that’s how the story goes. Of course, press, such myself usually have way less information and backstory on what really happened. Whatever may have been going inhouse with the devs – the undisputed truth is that the backers and fans of the project were the ones who were left in the rubble of that disaster they paid for. The rest is and always will be; he said – she said. 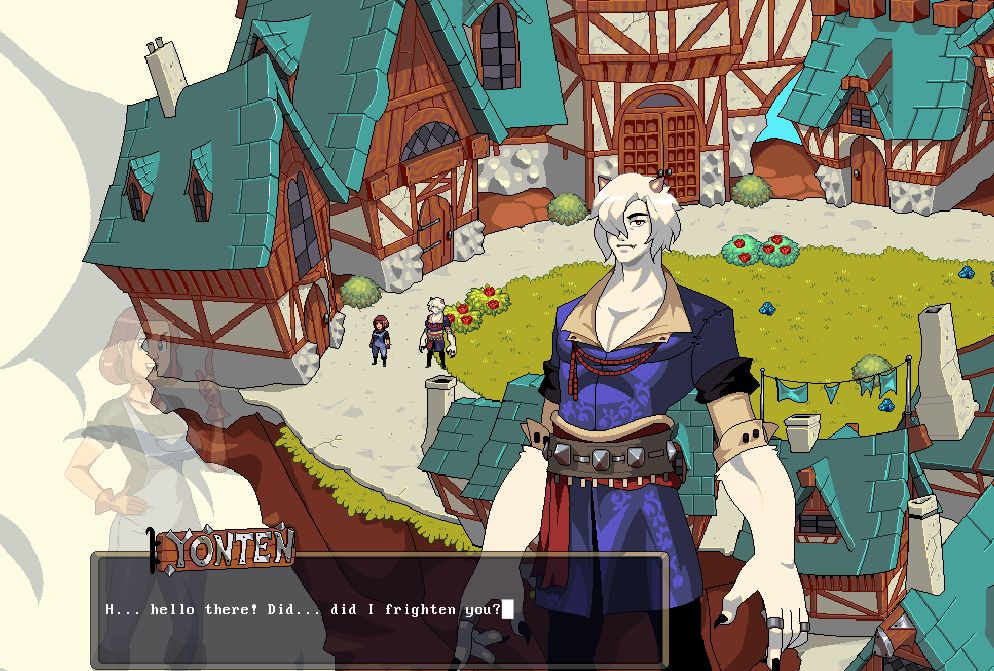 Regardless of that history, Cloud Meadow has carved a space for itself, despite it is standing on the grave of another game.

It did manage to grow quite a lot in a hostile environment after it’s kinky community got torn apart in the scandal. Even if they attracted new fans, the negative press surely lingered long over their heads until they started producing tangible results and not just JPGs and promises.

It wasn’t very well planned out in the beginning as they were struggling to shape the basics out, and tutorials were appearing and disappearing all over the place and the game undertook a variety of transformations.

Visually it’s alright, animations are clearly satisfying to a majority of fans, sound design is ok.

There is the feeling that the sexual part of the game is like a side quest rather than the main activity. I can certainly say the game design has been a weak point of the journey Cloud Meadow has been on. Certainly got more settled in the later stages of development.

The game has rich animations, and an enviable amount of creatures hardly rivaled by anything other than text-based sex games. Beyond that, if we must be honest it struggles in some different elements.

It has had enough time to narrow it down and it did polish the rough edges, still, anybody who has been keeping an eye on it long enough will tell you the developers have appeared clueless as to what they are doing on occasions.

Vladimir Sandler’s defense that he just couldn’t take the bad management anymore, didn’t quite pan out. As his control of Cloud Meadow fell short of amazing as well.

The breeding mechanics are ok, but likely due to the quality visuals rather than any impressive gameplay with it.

The writing is a bit dull, especially in the beginning, the movement and the music manage to sell the RPG adventuring vibe.

I know some fans of Vladimir and they got really defensive about his “so-called” betrayal – how really he’s the good guy in it.

But then again he got paid to do art, that he later didn’t allow to be used by those who paid for it. And now gets 6 figures yearly to make Cloud Meadow and that’s not good enough, that he is going to turn around and sell it…

Can we say integrity is a tiny little bit shy of being his primary virtue?