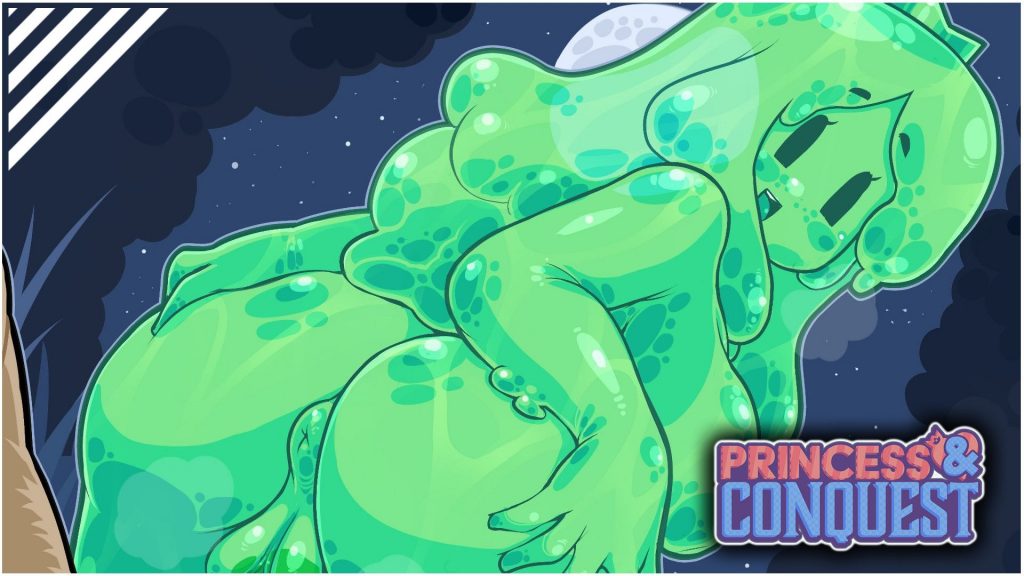 Princess and conquest is a cute sexy game trapped inside an RPG-Maker world.

It’s a solid 40 hours of adventuring and more gameplay systems than you’d expect out of these small scale projects like this.

The H-scenes are cool though you may want them to be much more common.

Fighting is reasonable once you add the gear, choices, and quests to the hustle. It also is somewhat clunky but, it can be expected as it’s still in the works and inside the RPG Maker engine. Throw a pretty decent soundtrack some good writing and you are on your way to a cool game.

Now. It is still early access and you will have some bumps in the road here and there. Even so, there are a surprising amount of things going well for it, even now.

The devs appear to be quite proactive so it’s all moving along very nicely.

Given the raw state, sometimes it’s not clear what to do next. But even for such a project there are apparently dedicated enough to have a meaningful connection to their fanbase to have a useful wiki page. They also don’t just release uncalled for bullshit as their major issues remain open. You know as we are used to regular studious doing.

Your impact on the story is good. It has a range of small to large which really is the better end of the deal. Have a lot and you risk the story fracturing into pieces. Do too little and we get the trashy linear thing like most mainstream games.

It occasionally gets a bit hectic until you get comfy with the controls and the way things move. Otherwise, you are adventuring all over the place and upsetting the balance of power in the various factions.

The music leans on NES nostalgia, but I like it. Sometimes hilarious when “romancing” princesses but overall cool.

Your approach is fairly open so you have decent freedom to go about your business. If you can ignore the RPG Maker style annoyances it’s a fun game and very sexy when it wants to be.

They boast 10’000 possible looks for the princesses, but that’s probably an over-exaggeration.  Let’s say there are a lot and they are pretty cool for the most part. Probably most mythos creatures, and expected popular types have been conceived as princesses. I wouldn’t be surprised if there was one made out of rocks – the Granite Princess.

A passionate fun little project for sure.

You can grab a copy or get involved here: