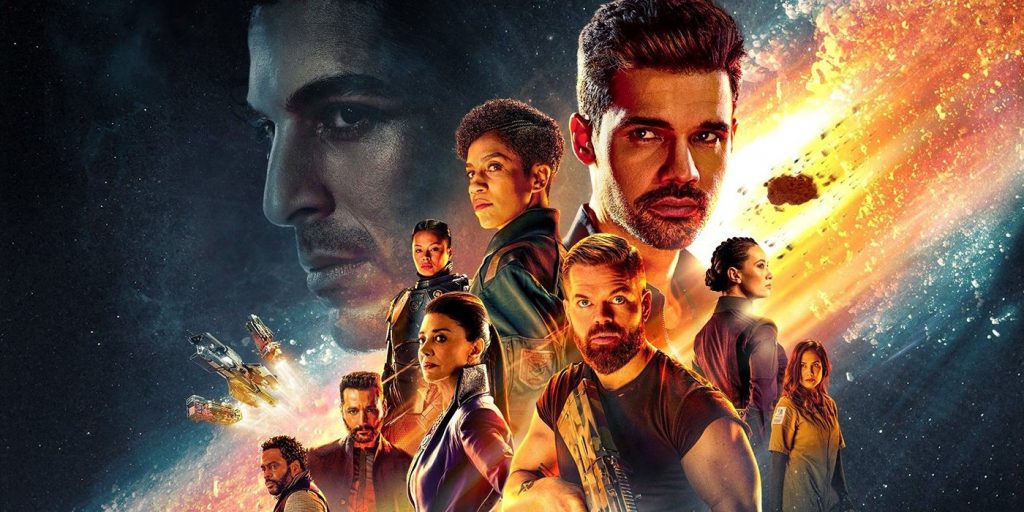 A sci-fi classic in progress

The season 5 finale of the Expanse in February was a treat to many sci-fi fans in lockdown, and to the delight and dismay of most, it was announced soon after that there would be a sixth season, but not a seventh.

Having been cancelled after only its third season on the SyFy Network, the show was picked up by Amazon Prime after a groundbreaking campaign by hundreds of thousands of fans succeeded in keeping it going.

With the same cast and crew but a bigger budget, the TV adaptation of the book series by James S.A. Corey continues to deliver a show that stands out within a very popular field. Here’s why.

The show is a powerhouse of imagination grounded in realism. Set hundreds of years into the future, mankind has colonised Mars, and is utilising the surrounding asteroid belt for its resources. Humans doing what humans do, the ever so slightly different people of these three worlds fall into conflict and war, bringing us racism on an interplanetary level. While in the midst of our human issues, an extrasolar phenomenon known as Protomolecule carries with it an existential threat that drives the story forward. Broad philosophical questions of humanity are served up with copious action, and solid acting, what more could a sci fi geek want?

The show is possibly the most scientifically grounded look into a fantastical future that has ever been put to film. The design of the spaceships are uniquely vertical and always tight, which makes a lot more sense than the large and wide decks we are used to seeing (as if money will be of no concern in the future). The weaponry is advanced but still based on technology we can relate to, requiring ammo and clip changes, and opting to avoid the use of ridiculous concepts such as plasma ballistics. What happens to us when exposed directly to space, or when put through the sort of high speed manoeuvers only possible in space, is always well thought out.

The alien protomolecule has immense but mysterious power to destroy as well as create. It acts as the external catalyst for change thrown into the midst of the solar-system’s conflict. Exactly what it is and how it works is never explicitly shown to us, but we see it operate as a toxin, a mutating chemical, and a semi sentient pathogen.

Sprinkled throughout the show are names and throw away lines referencing a seriously diverse knowledge base that rewards the careful listener. From ancient mythology, middle-age astronomy and literature, to more modern day fan favourites such as Mythbusters and even Airplane, the show makes you know its creators are there enjoying it with you.

To be fair, ticking all those boxes comes at a price. The show’s depth and persuasive world-building makes it pretty dense, and not well suited to light following. This is not the sort of show you put on in the background or watch one episode at a time. It demands a certain level of commitment to truly embrace the spectacle. If you’re the sort of person who likes to put something on to drift off to, this might be the perfect medicine, but it will mean that a lot of the nuance and quality get left behind.

If you like your space exploration with a lot of action, quality suspense, and reserved humour, this show is for you. It wears each of these hats well while never being confused as to what it wants to be. Covering issues affecting sex workers, alcoholism, racism, mental health, treatment of veterans and the ruthlessness of politicians everywhere, always executed with a tact and maturity that is easy to appreciate. There is no simple situation of good vs evil, us vs them. The show sets a future where the Earthers, Martians and Belters (people who grew up in the mining colonies established on large asteroids within the asteroid belt) are at odds with one another. While we are Earthers by default, unless you have been living under a rock your whole life, you probably don’t hold many misconceptions about the honour of the human race. The show does a great job of presenting the very different but always relatable sides of mankind, exposed in its glory and shame.

Although normally by season five we would be cautious of spoilers, this show is very much a case of appreciating how the story is told. With a Kickstarter tabletop RPG, and almost a year to wait before the final season, now is as good time as any to check out The Expanse.