What is so special about Borderlands? 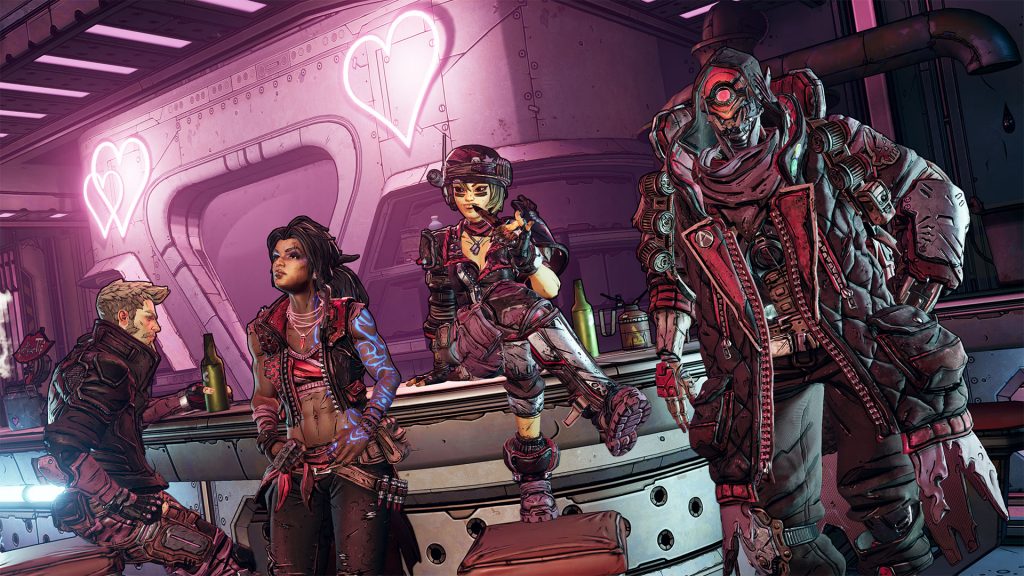 What is so special about Borderlands?

Borderlands 3 was released in September 2019, seven years after the groundbreaking BL 2. It’s a game that gets a lot of things right but can’t be called perfect by any stretch. So how has an original looter shooter franchise with just 4 main titles gone on to sell over 60 million copies, generating well over $1b in revenue since its debut in 2009?

So What’s so special about Borderlands?

It’s a Looter Shooter, with emphasis on…. both! The action’s great, evolving as you progress through the game. There are a ton of interesting ways to die and varying enemy types and strengths, which makes progress through the long campaign just that bit more memorable. Meanwhile , you could probably spend just as much time digging around for those hard to reach weapon caches, given how rewarding yet random the weapon loot mechanics are.

With so many weapons and mods, you don’t really even need to bother looking around and can stick only to the story, which itself is fun and brilliantly detailed. But for gamers with a touch of OCD in them, consider BL3 as a discovery adventure sandbox even more than a shoot’em up. 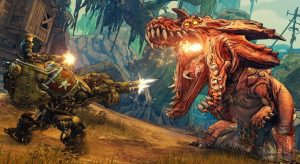 Speaking of massive maps, the game is insanely big. For pure escapism, the topography alone is immense. Add to that a relentless stream of things to kill, missions, side quests, DLC’s, and challenges, if you like the game, there’s a lot of it to love. The campaign and main side missions alone take over 30 hours to complete. Once done, you don’t only get new game modes to try out but the whole campaign itself is completely re-playable as a stronger character against stronger enemies, which is a hell of a way to squeeze every morsel of pleasure out of the game. 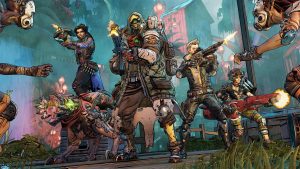 The trick to surviving the vastness of the Borderlands universe is: CO-OP. Although still enjoyable in solo mode, with a rich set of quirky NPC’s and an engaging storyline, the game really takes off in co-op. Geared to ensure that all players’ progression remain compatible throughout the game and fair to all, the game is one of the best relaxed, co-op FPS experiences out there. Every part of it lends itself to co-op gaming, with difficulty and loot scaling accordingly. 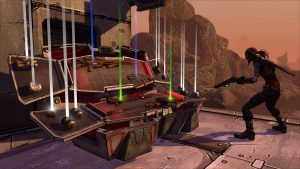 And then there’s the guns… so many guns. BL 3 has arguably way too many guns. In each of the categories, all weapons have their own perks, quirks and specialties, and with a backpack to carry dozens of weapons at a time, you are free to carry only the best in class, or an entire arsenal to call upon as you choose. The loadout selection is crammed with info but selection can be made quickly enough to not detract from gameplay. 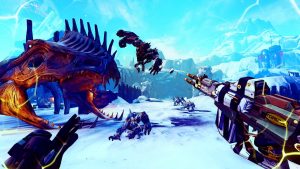 All the above are pretty standard features for most AAA tier games, and it’s hard not to appreciate the unique and captivating style of the game and its characters. So again, what’s so special about Borderlands, that sets it apart from almost all other mainstream games? Inclusivity. 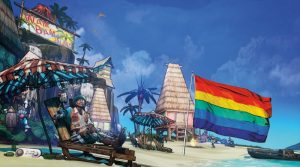 Gearbox have managed to build a world that doesn’t just include an element of LGBTQ+ (which itself, is always a step in the right direction). These games embrace inclusivity and equality at every turn, through multiple characters and storylines. And the really masterful move? It doesn’t even make a big deal out of it. 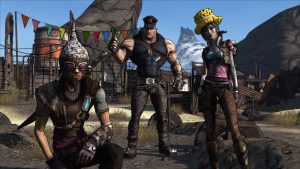 The first game started off with NPC’s being inferably LGBT, the token position a lot of games take inclusivity to. Not 3 years later, main playable characters were written in as gay, and storylines started to emerge where pronouns were played with and stereotypes subverted. While playin through BL3 it slowly creeps up on you, how a totally binary and heterosexual default for a game world (especially a sci-fi fantasy one) is just old fashioned and far too limiting. The story goes where it wants to go, and always in the interests of humor and entertainment. There’s no agenda, no grandstanding or attention seeking, just a whole lot of fun and openness. 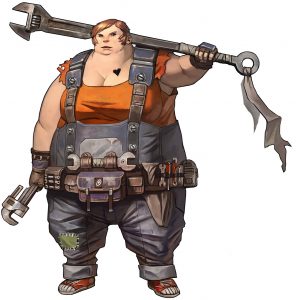 While other games embrace the idea of inclusivity, it can sometimes be hard to swallow, and can feel like pandering for votes. Being gay or non binary shouldn’t have to be a big reveal or a character defining trait. In the Borderlands world there is no labelling or loud declarations. From gay old-timey westerners getting married, bisexual bartending beauties an explicitly non binary cyborgs, the Borderlands franchise is a model example of inclusivity in mainstream gaming. With a star studded movie rumored to be on the way, and a 5th game already in the works, we can only hope for more good things to come. 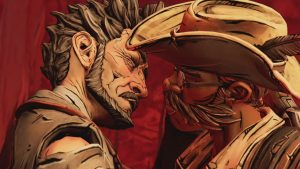